A dead soul on my neck

In the autumn of 2021, the House of Dialogue presented a documentary film by János Tari, who is a respected cinematographer, ethnographer and visual anthropologist and an associate professor of Károli Gáspár University of the Reformed Church in Hungary. The staff of the Media Workshop also participated in the creating process. The documentary is about a Hungarian mysterious adoption story, from decades ago. The lasting relevance of the film is not only given by the foreign professional recognition and the awards of 11 international film festivals, but also by its theme and its captivating editing and directing.

The baseline is centred around a 40-year-old mother with two children, who, by chance, finds out that she is an adopted child. The documentary conveys the importance of blood relativeness for humans and more. For example, the question of „who am I?” is also adapted into the film. It does not only raise the question, but answers it through conversations, situations, insights, visual and musical rhythms, which is further enhanced by Kodály's cello solo sonata.

A dead soul on my neck is an anthropologically themed, investigative documentary. It also contains a therapeutic thread, the cleansing of the protagonist, and a cathartic experience. As the documentary reaches a resting point and the viewers also experience some kind of resolution. 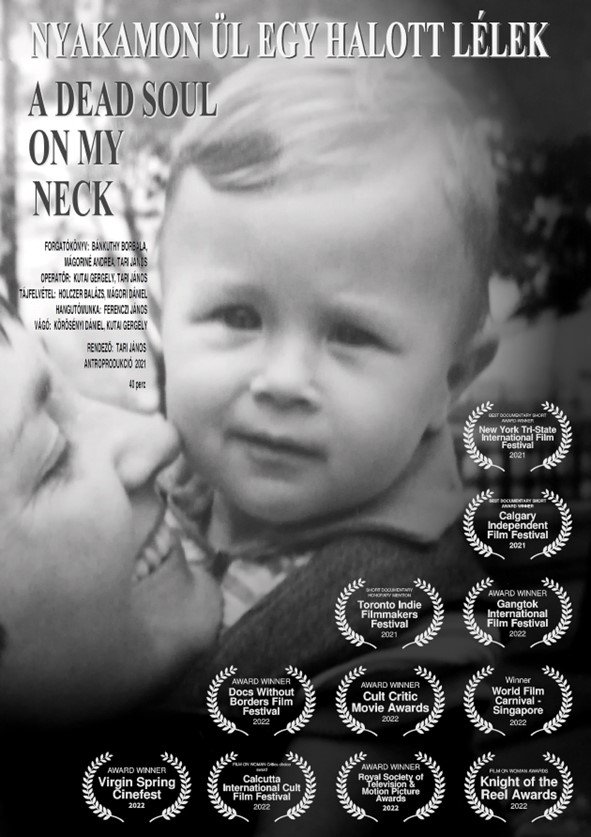