H.E. Iain Lindsay visited Károli University on 9 April 2019 and gave a public lecture on British-Hungarian relations and the UK’s relationship with Europe after the UK’s departure from the EU.

Ambassador Lindsay confirmed that the UK’s objective in a potential no-deal scenario is to minimise disruption by taking unilateral action in order to prioritise continuity and stability, while reinforcing that stability also depends on the EU taking a similar, non-disruptive approach. Reciting the words of the Prime Minister of the United Kingdom, he confirmed that even in the event of a no-deal Brexit, all EU citizens resident in the UK before 29 March 2019 would be able to stay with the same rights as before. 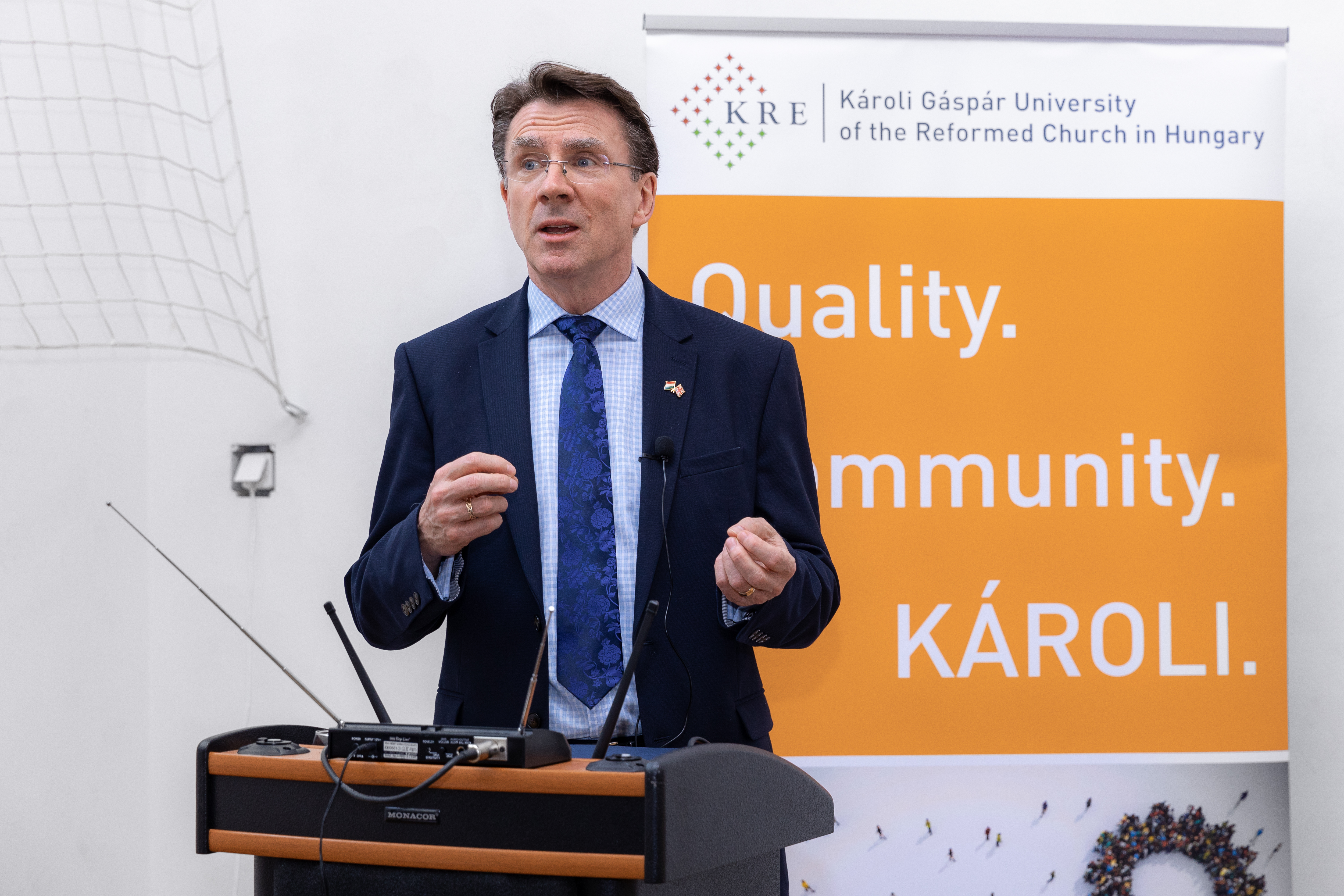