Description of undertaken activities; 1.) The inbound student took courses from KRE’s course package in Hungarian and (Eastern) European Culture as well as those of her major (psychology); 2.) The outbound student took courses in English/ North American Studies and received assistance with her BA thesis on a Canadian topic (Prairie writers); the inbound academic delivered a series of lectures on theater in Canada, and on Christian theater in Alberta and at the King’s University, in particular. The lecture-series formed part of a compulsory course in Theater Studies at KRE, and it was also open to students taking the North-American Specialization, English and Hungarian as a major, drama pedagogy or General Humanities.

The shared Christian roots have enabled participants to see the similarities and differences in the Hungarian/ Canadian Christian traditions and practices. The mobility experience also increased the participant’s and the participating institutions’ appreciation of cultural diversity, provided opportunities for learning, created a greater understanding of how cultures might work together across differences.

Description of undertaken activities: The 2 inbound students took courses in their major (English Studies) as well as from the Hungarian/ Central European course package. The 3 outbound students took courses in their major (Theater Studies and East Asian Studies). In addition, both the inbound and the outbound students participated in the orientation week at the beginning of the semester and various extracurricular activities during the semester. They also played an active role in promoting the exchange to other students at the host university during their mobility, and at the home university upon their return.

The Korean academic from The Center for Peace and Public Integrity(CPPI) of Hanshin University delivered an NGO-related elective block course on peacekeeping and social security in East-Asia with the title “Modern Korean Peninsula within the Context of Asian Dynamics” at KRE at the same time also participating in Károli Community Days, observing lectures and workshops, introducing the screening of the Korean film Ode to My Father and moderating the discussion that followed. In addition, he met the management of KRE and the Faculty of Humanities, visited the International Office to discuss possibilities of further cooperation between the two institutions, and had discussions with the director of the Korean Mission and Cultural Center, about the center’s role in helping the cooperation between the two universities.

In the framework of the International Credit Mobility programme, Professor Yi Kiho (Hanshin University) spent a week at Károli Gáspár University between 13-20th of March. A Christian partner university of KRE, Hanshin University is located in Seoul and Osan, South Korea. 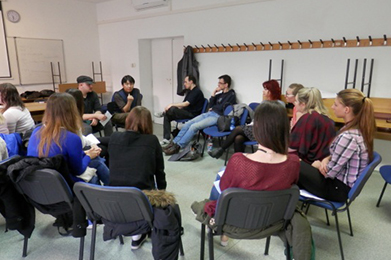 Professor Yi Kiho, whose major field of expertise is political science could share some important aspects of Korean society and modern Korean history with Hungarian students during his lectures, with special regard to the relationship between North and South Korea. Dr. Yi also participated in Károli Community Days observing lectures and workshops, introducing the screening of the Korean film Ode to My Father and moderating the discussion that followed. 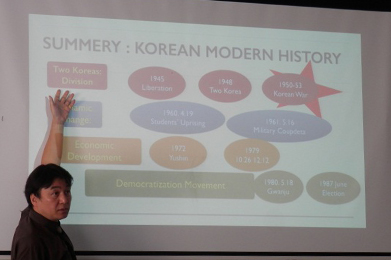 The guest professor met the Rector of the university as well, and visited the International Relations Office to discuss possibilities of further cooperation between the two institutions.

Besides his academic engagements, Professor Yi Kiho also had the opportunity to visit the historic town of Pécs, Harkány Spa, and the pearls of the Danube Bend, Esztergom and Visegrád during his stay in Hungary. 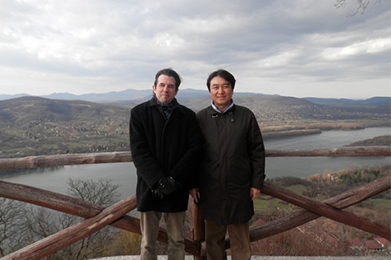 In addition, Dr. Yi had discussions with the director of the Korean Mission and Cultural Centre, Rev. Dr. Kim Seonkoo about PROK’s (Presbyterian Church in the Republic of Korea) role in helping the cooperation between the two universities.

This mobility contributes to the development of closer cooperation and more educational exchange programmes between the two universities. Furthermore, it has enabled Hungarian students’ better understanding of Asia and the Korean perspective on the issues presented during the sessions of the guest professor. 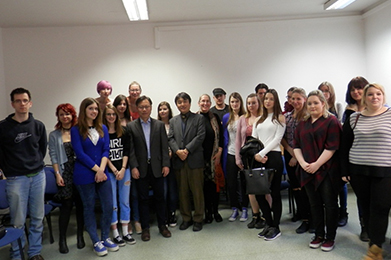 In the framework of the new International Credit Mobility Programme (ICM) Ms Ye Rim Kim from the Handong Global University (a Christian university in South Korea) had the opportunity to spend an exchange semester at Károli Gáspár University, as the first participant of this programme at our institution.

ICM, which is an expansion of the well-known Erasmus programme, with the participation of overseas and non-EU partner universities, was introduced in the autumn semester of the academic year of 2015/2016.

Ye Rim studied at the Faculty of Humanities, taking up classes of Literature, English and Psychology.

In addition to her regular classes, she participated in several extracurricular events. For example, during the International Session of the Károli Community Days she gave a presentation introducing her home university and sharing her first impressions about arriving in Hungary and meeting with students of the faculty and the other international students. 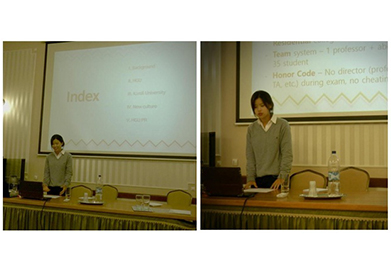 Ye Rim has also took part in an interview, where she had the opportunity to talk about her experiences made at Károli Gáspár University, the subjects she was studying, her impression of Hungary, Hungarian people and her home university Handong Global more in detail. The interview was broadcast on the KultX channel of CoolFM on February 4th, 2016 at 7:00 pm.

The complete interview can be found here: Interview with Ye Rim Kim 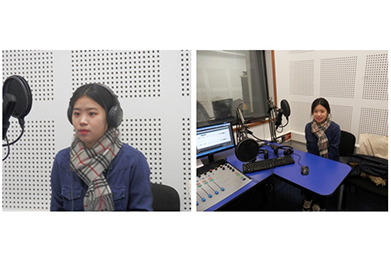 Furthermore, Ye Rim’s summary on her semester and the new exchange programme can be read here.