Upon the joint invitation of Károli Gáspár University and the Hungarian Ministry of Justice, H.E. Mr. Ferdinand Grapperhaus visited the Synod Hall of the Reformed Church in Hungary on 21 February 2019, and gave a lecture titled „ Judicial Cooperation in the European Union – Shared views and justice in Europe” which was followed by a Q&A.

During his short visit the Minister met Dr. János Bóka, State Secretary for EU and International Judicial Cooperation at the Ministry of Justice, Rector Professor Péter Balla and other high ranking officials of the university.

Minister Grapperhaus, accompanied by Ambassador of the Netherlands H.E. René van Hell and Rector Péter Balla, payed tribute to the Hungarian Protestant galley slaves who were liberated in Naples in 1676 by the Dutch Lieutenant-Admiral Michiel de Ruyter at the plaque of remembrance in the building of the Synod. 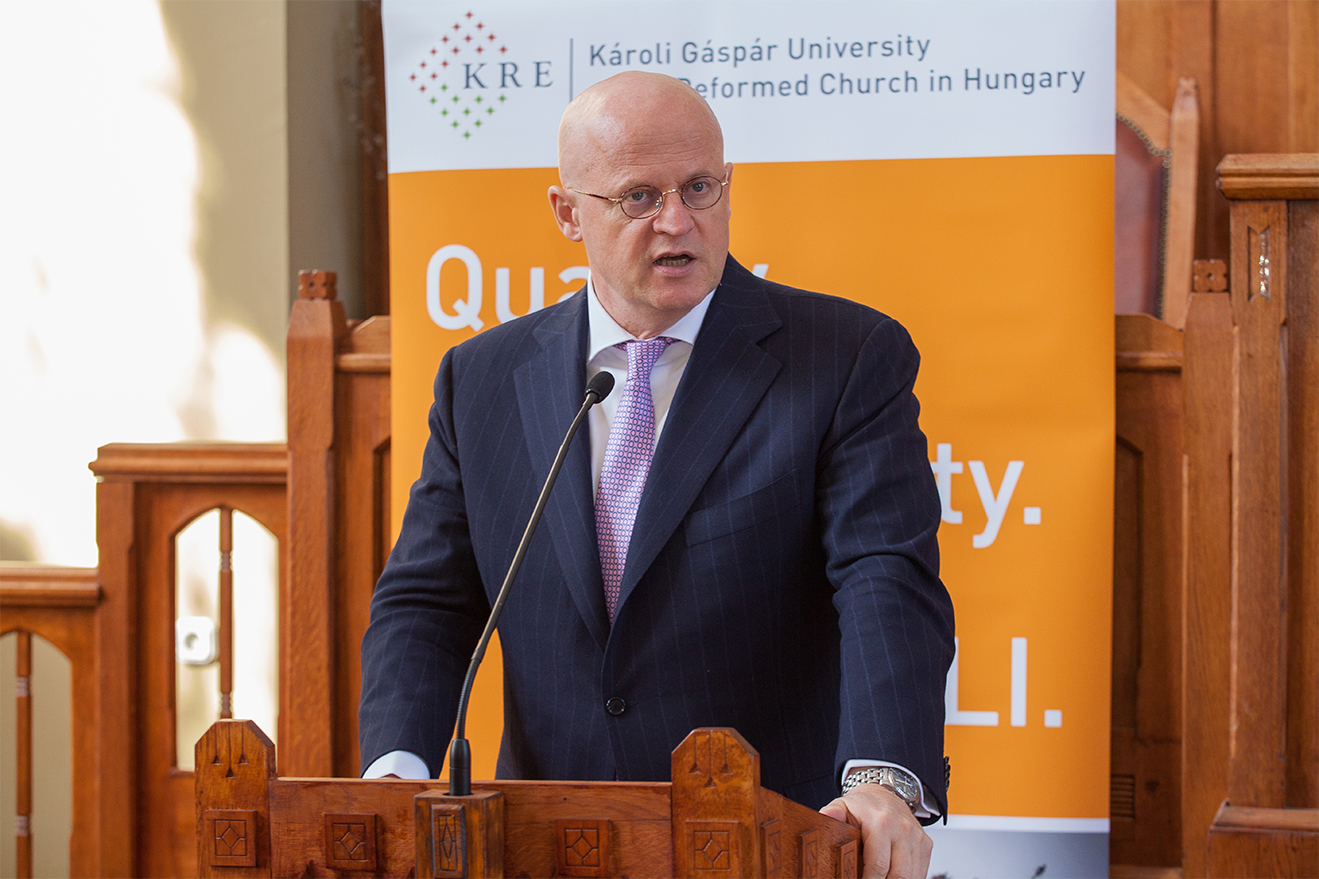 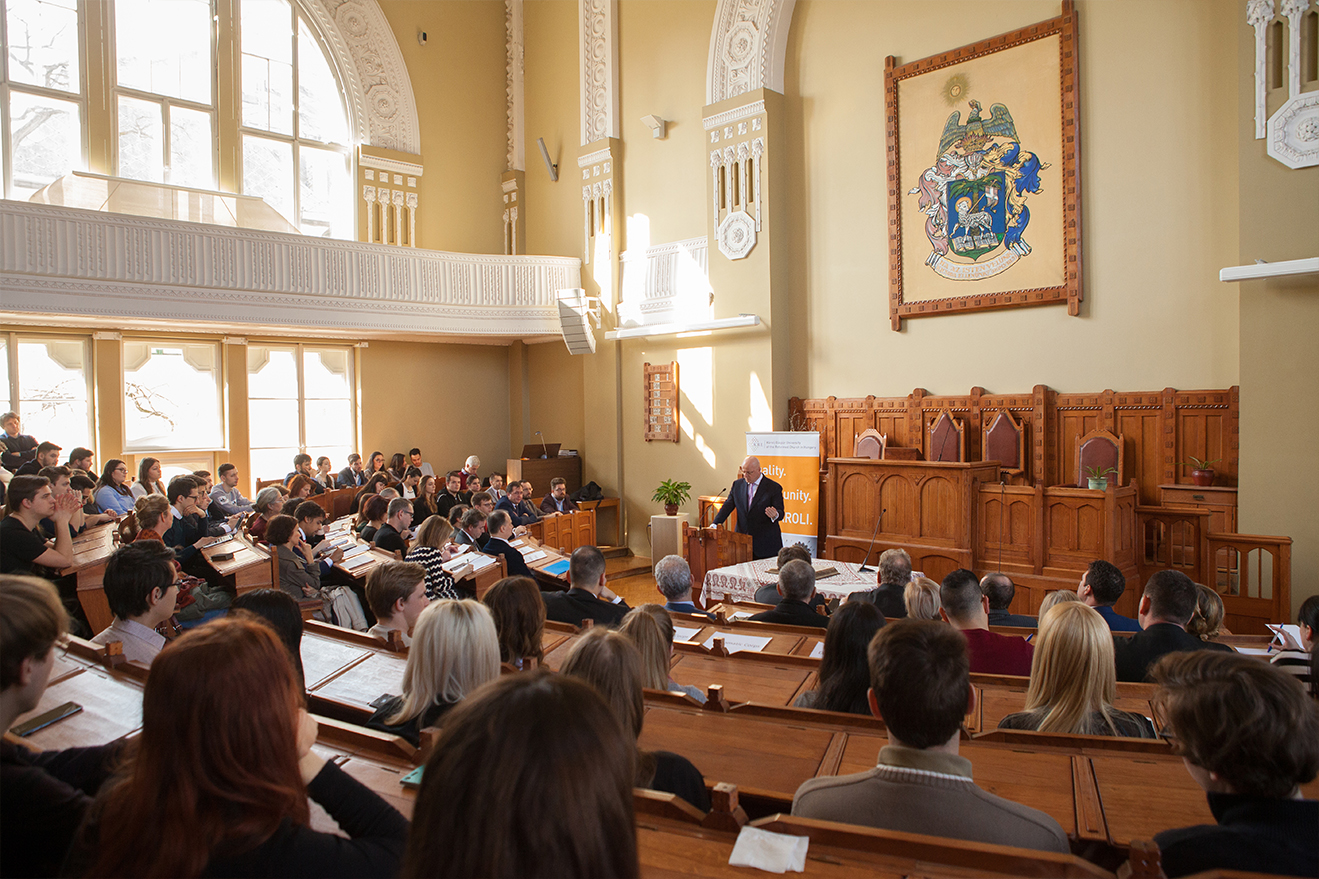 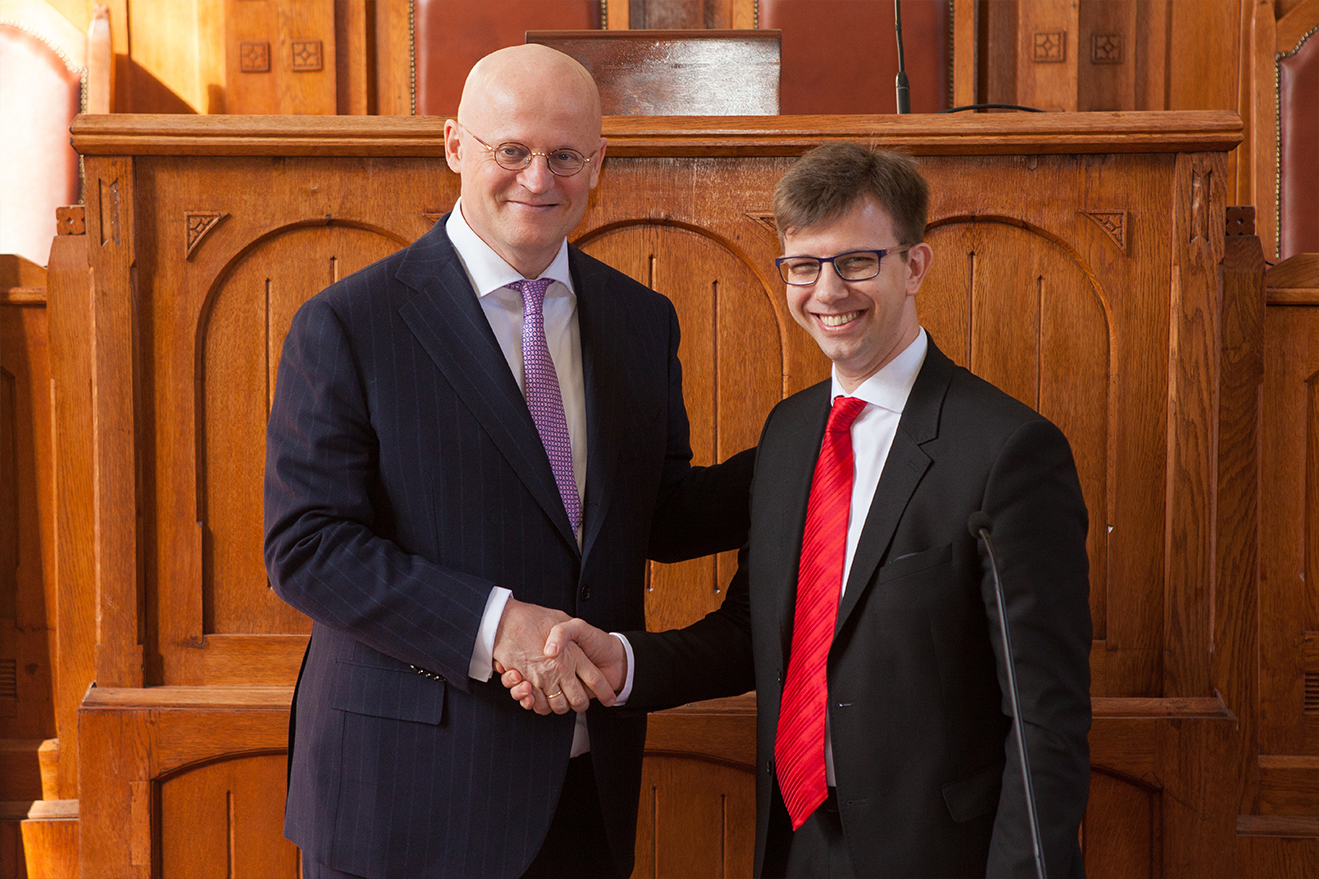 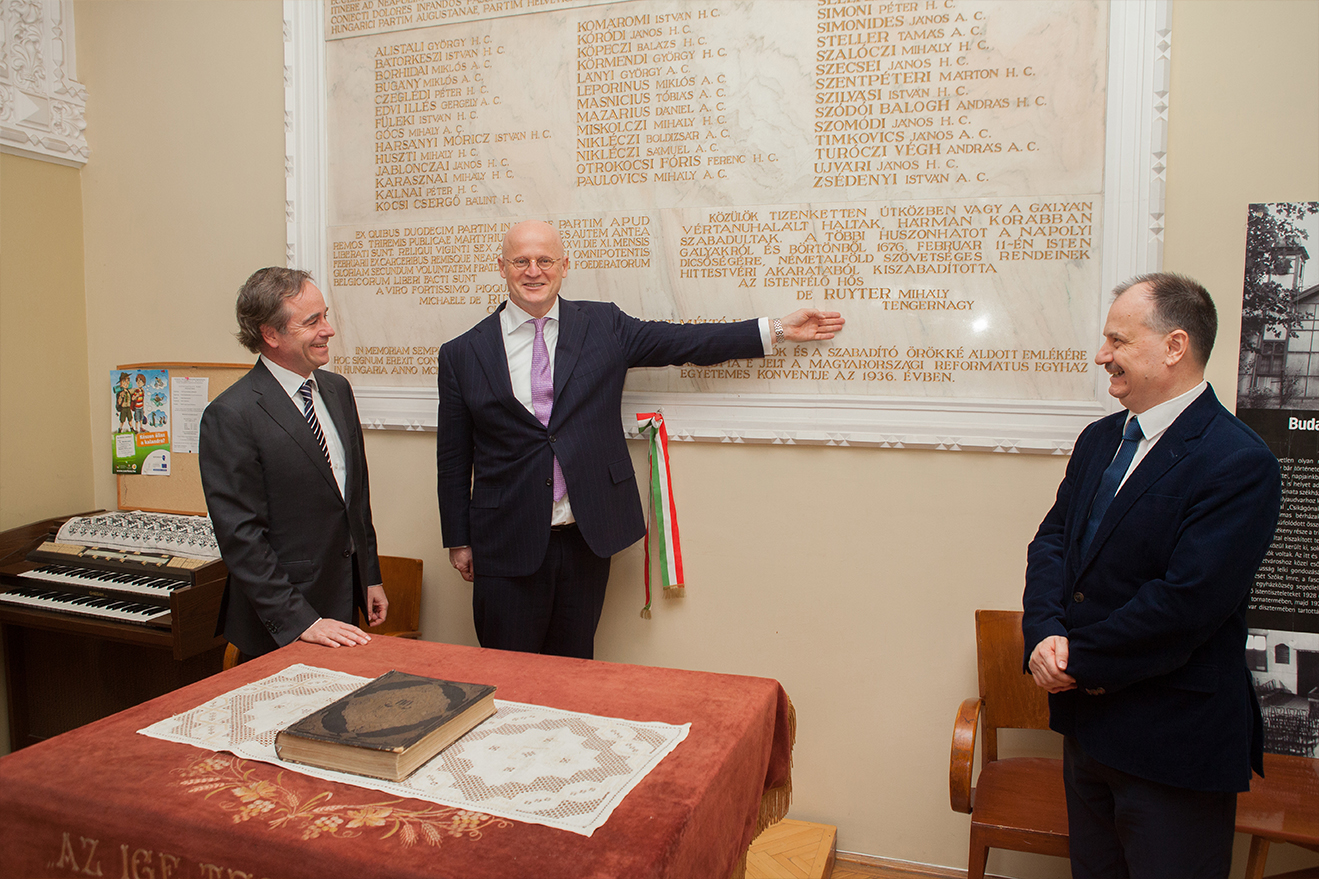