Emese Kárpáti, a student of our Faculty of Law, won a silver medal in the judo +78 kg group, and by that she achieved the first international sporting success in the history of our University! 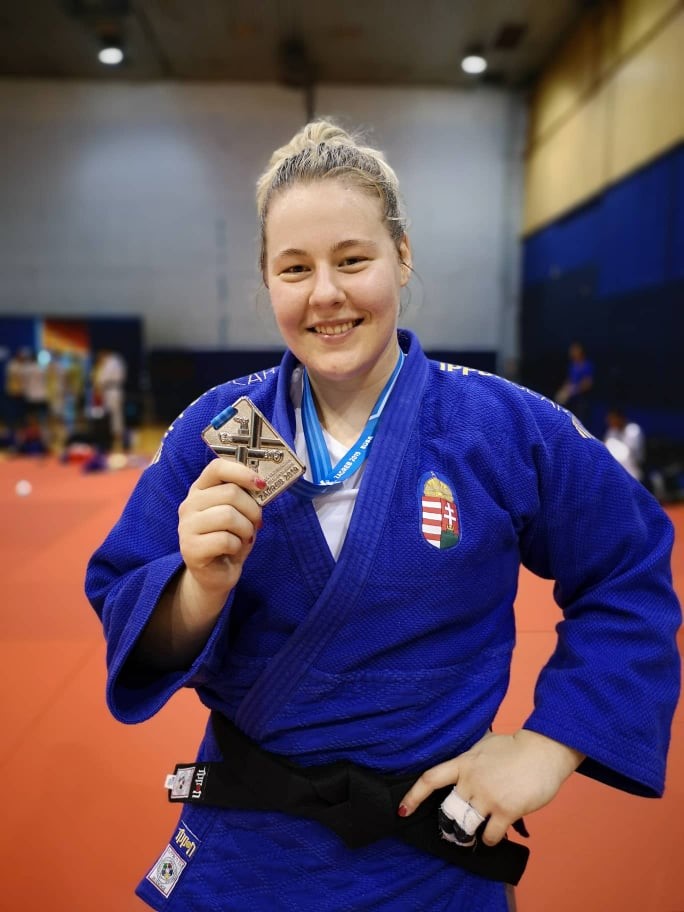 Emese made it to the final with three confident victories, with her first opponent being the French Morgane DuchÉne. After defeating her, Emese matched her strength in the quarter-finals with Zrinka Miočić, a student of the University of Split.
It was followed by a fight with the Belarusian Maryia Kandratsyeva in the semi-finals whom against Emese won and secured her place in the finals. 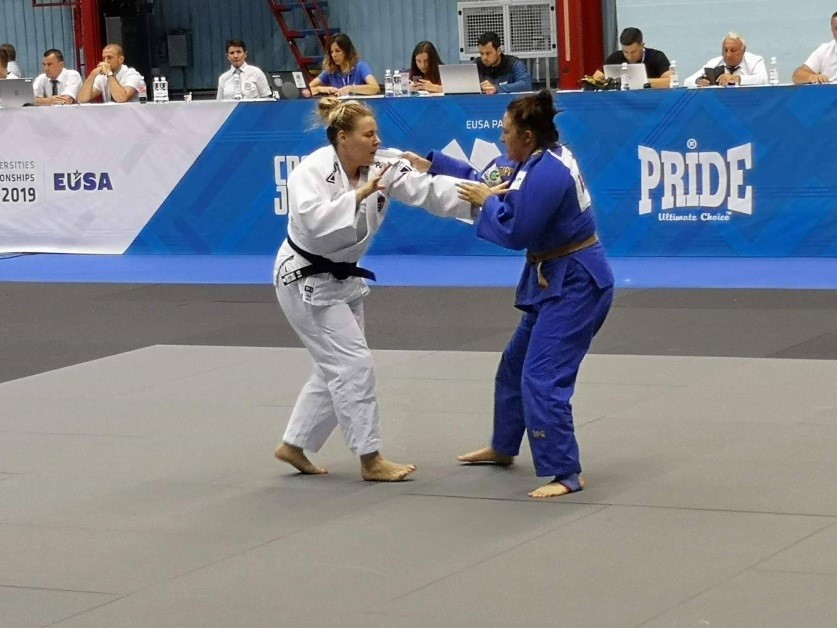 Emese shared with us her tournament experiences: „I participated in this competition for the very first time.  On Friday I competed in the +78 kg group. My first fight was with a French girl who had good results in the junior age group and I have known her for a long time.  Luckily I didn't have much trouble in the ground combat and managed to score an ippon. After that I had a match with the Croatian girl. I knew her too, we met at previous tournaments. I beat her using a waza-ari worthy throw which landed me another ippon win. Thereafter I had a face off with a Belarusian girl to get to the finals. First I couldn't get hold of her, so I only got wazar-ari awarded. However thanks to her irregular opening technique, the match was stopped and I was declared a winner. In the finals I had another French girl to beat; unfortunately she managed to hold me down to the ground, so I lost against her.  Overall, I really enjoyed the tournament and I will gladly continue to represent Károli in the future.”

Dorottya Gadácsi, a Psychology student at our Faculty of Humanities and Social Sciences, began competing at the 2019 EUSA European Universities Championships on Saturday, and came 5th in Taekwondo in the -62 kg group. 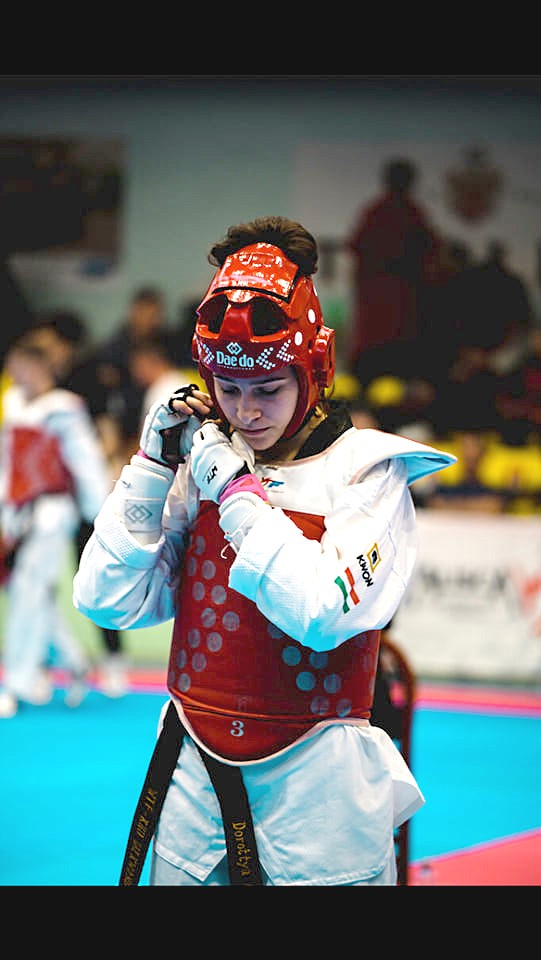 Dorottya first fought against Andrea Begic, a student at Josip Juraj Strossmayer University in Osijek, whom she defeated 7-2 and made it through to the quarter-finals. Unfortunately, the promising start did not last as she was paired up with a stronger Natalia Moreno García from the Autonomous University of Barcelona, who later won the bronze medal. Dorottya finished in fifth place: „It’s a pity I dropped out in the final round; I was hoping to achieve a medal.  I made it through the qualifying rounds easily, but in the quarter finals, the Spanish girl responded quickly and defended herself against my attacks very well. All in all I'm glad to have been able to represent Károli University at the Championship, the atmosphere was great and I thank you for your support!”- she commented.

During the summer, our students represented Károli Gáspár University not only at the 2019 EUSA European Universities Championships in Zagreb, they also became qualifying members of the Hungarian National Team and represented Hungary and our institution at the 2019 Summer Universiade organized by the International University Sports Federation (FISU) between July 3-14 in Napoli, Italy.