Lee Beaudoen, PhD. Graduate of a top ten U.S. university, The University of California, Los Angeles, teaches at Karoli for the academic year 2019-20.

Dr. Miklós Sárközy’s interview with Lee Beaudoen of UCLA, Visiting Professor at the Károli Gáspár University of the Reformed Church in Hungary.

Dr. Beaudoen, would you please introduce yourself, talk about your education, research interests and teaching activity?

Thank you, Dr. Sarkozy, I’d be happy to. I’m Lee Beaudoen. I am a UCLA trained Cultural Historian of the Middle East. I focus on Ottoman, Byzantine and Mediterranean History. My research interests include the themes of Empire, Kingship, narrative, the intersections of literature and history, material culture, historiography and the history of scholarship, Additionally, I have a Master’s Degree from the University of Washington in Museology and a Bachelor’s in Interdisciplinary Humanities form Michigan State University focusing in English, Russian and Communications. As part of my graduate studies, I participated in three international university communities, The Department of Turkish Language and Literature at Boğazici University as a visiting graduate student, Koç University’s Research Center for Anatolian Studies as Junior Research Fellow, and Central European University’s Department of History as Junior Research Fellow. More recently, besides teaching at Károli Gáspár University of the Reformed Church in Hungary (KRE), I hold a visiting assistant professor position at Pázmány Péter Katolikus Egyetem (PPKE) where I teach courses in the Armenian History, Ottoman history, and International Relations and Political Science programs. I am teaching a seminar entitled Translatio Studii: Intellectual and Culture Exchange in the Eastern Mediterranean from Late Antiquity to the Early Modern Period this semester at KRE. Next semester I will have two history seminars entitled: Seminar in Mediterranean History and Historiography and a Seminar in Ottoman Culture History. In addition, I will teach academic graduate writing seminar at the Faculty of Theology. 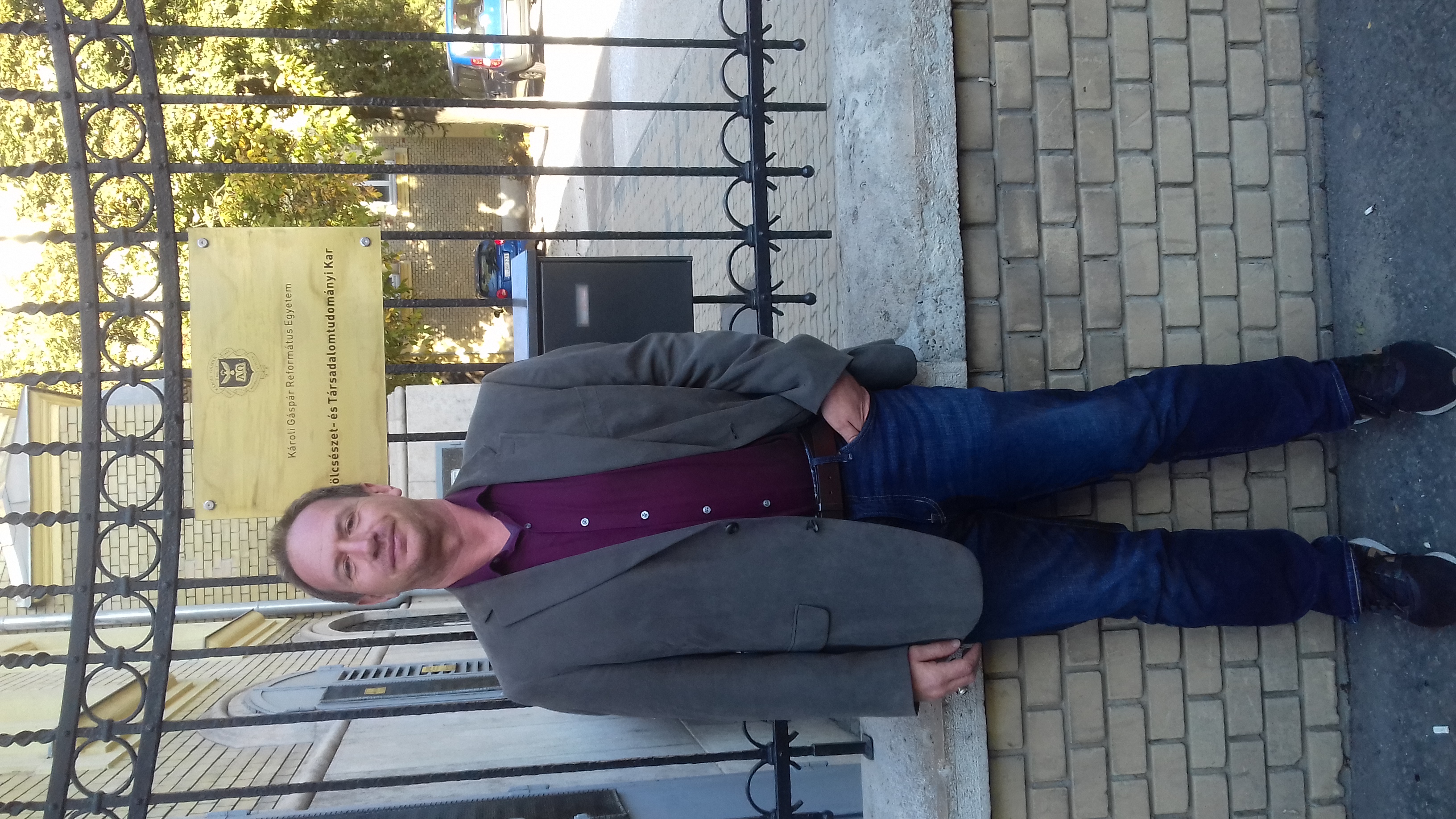 I have approached the Alexander Romance tradition through the lens of cultural production and dissemination. However, there are opportunities to investigate the material from the standpoint of intellectual history. Read as “mirrors for princes” the Alexander Romances can give insight into the desirable qualities of a king and the activities that he should take part in. Another lens is to approach the Alexander Romances through the lens of translatio studii, (transmission of knowledge). To be sure, textual Alexandriana (historical and literary narratives about Alexander the Great)) circulated not only throughout the Eastern Mediterranean but also through the Western Mediterranean, Europe, the Middle East and Central Asia. These texts have much to say about what a king should be and how he should go about conquering. To be sure, within the Eastern Mediterranean context  there are at least two models for kingship: an Egyptian one and a Persian one. But, since the tradition was incredibly long lived and written for a wide range of audiences ideas of other models of  kingship may have crept in.

A second intellectual approach, the textual Alexandriana (and his campaigns) stands out in libraries and collections. We know that that textual Alexandriana had a long history of circulation, collection and readership that may help shed light on how ideas of kingship spread and changed from antiquity into the early modern period. To this end, historic library inventories can be helpful as they give us an idea of who held what, where it was held and potentially they were reading with it.

You spent the academic year of 2015-16 at Koç University in Turkey three years ago. How did this scholarship influence your subsequent research?

During the 2015-16 academic year, I was a Junior Research Fellow at Koç University’s Research Center for Anatolian Civilizations (RCAC/ANAMED) in Istanbul. The time at RCAC was pivotal; it gave me time to consider the Ottoman historical imagination and developed two key analytical fields: translatio imperii and circumstantial parallelisms for understanding the fifteenth-century Ottoman context in which the Ottomans contributed to the Alexander Romance tradition.

What was your inspiration  to accept an invitation  to spend a year teaching in Hungary?

The decision was an easy one.. I had lived in Hungary in 2016-17 while writing and revising my dissertation. I came to Budapest intending to stay for a semester before returning to Istanbul and Los Angeles to finish my dissertation. But, two things went in my favour. First, Budapest was an easy city for me to work in. I was very productive here. This was, in part, aided by my affiliation with the CEU’s history departments dissertation support program where I was a Junior Research Fellow beginning in January 2017. In 2018, I began a conversation with PPCU about the possibility of taking on a position here. It was an opportunity to return to Europe and continue two pursuits I had started during my tenure at UCLA: Armenian Studies and Hungarian.

How do you feel at the Károli Gáspár University of the Reformed Church in Hungary? What are your first impressions?

There is a lot of exciting teaching and scholarship under way here at KRE. As one of the largest Protestant universities in Europe, Károli has a lot going for it in terms of  extending its horizons in the next few years. It has built a network with other European universities through the Erasmus program. Budapest is a great city to study in. It undoubtedly offers a lot making it worthwhile spending a semester or two here. One of the great things about being in Central Europe is you’re in the center. A lot of major European cities are a short train ride or flight away, and for history students that means archives and museums. Of course, Budapest’s central location works both ways, that is, KRE can both draw students from neighbouring European countries and students preparing BA and graduate theses have access to foreign archives and museum collections. This relative ease of accessibility to cultural and archival resources is an advantage that US, Canadian, and Australian counterparts often just do not have.

As far as first impressions, both the students and faculty and University administrators have been very welcoming. I’ve been particularly impressed KRE’s role in Japanese Studies and European intellectual history. I’m glad to see both a presence and interest in Persian History as well as a faculty and student interest in Ottoman Mediterranean and Middle East History. I look forward to getting to know more of the faculty and students in the next few months.

What are your current research projects? Are these projects linked to Hungary and Hungarian culture in any way?

I’m in the early stages of a historiographic project that will look into Ottoman historiography in the early twentieth century. The project will focus on Franz Babinger’s invitation from Nicolai Iorga during the interwar period to teach at Bucharest University. Both Iorga and Babinger wrote histories of the Ottoman Empire, yet there is very little historiography on the academic relationship that resulted from their shared time in Bucharest. Iorga’s history has fallen to the wayside because of its lack of engagement with the Ottoman sources. Babinger has maintained momentum and gravity in the Ottoman scholarship despite long-standing criticism. Yet, Ottoman scholarship discounting of Iorga’s work may have been  premature; it has overlooked two crucial factors, namely, the role of French and German scholarship in the historians’ work and the broader historical context in which they conducted their scholarship; also, the period of World War I and the interwar period - a time the narratives of both nations and empires were going through a dynamic process. So, what do these have to do with Hungary?

Babinger’s seminal work Mehmed the Conqueror and his Time focuses on the Ottoman fifteenth century and it has cast the role of Hungary as crusading Christian power dedicated to saving Europe from the “Turkish menace.” Yet, this too, is myopic; it flattens the role that Hungary played in a larger Mediterranean world. By approaching the fifteenth century by way of historiography and history of scholarship, I hope to peel back these layers of historiography and narrative revisiting the Ottoman and Hungarian fifteenth century. Equally important, there are still new avenues in the scholarship regarding Hungary’s role in the Ottoman sixteenth century. Ottoman historical narratives such as the Süleymanname or  Tarih-i Feth-i Siklos Estergon ve Istol (n) i-Belgrad, written in tradition of the Persian Shahnameh, share common ground with textual Alexandriana in their roles as narrative histories and “mirrors for princes” and deal directly with the Ottoman Balkans and Ottoman Hungary, in particular.