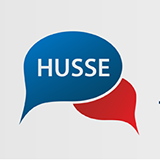 The program of the conference is available by clicking here.

„Formed in 1993, the Hungarian Society for the Study of English (HUSSE) is the most significant scholarly society in Hungary devoted to the promotion and cultivation of English studies, in its versatile interdisciplinarity, ranging from literature through history to linguistics, from film studies through cultural studies to drama studies, and from British Studies through Irish, Canadian and Australian Studies to American Studies.

The Society aims at disseminating the most recent developments in scholarship by providing a space for its members to present their research results at conferences and in publications, while it also forms a scholarly body of more than one hundred and eighty members, thus creating a supportive community both for its upcoming junior and established senior members to launch stimulating and invigorating dialogues in the best spirit of intellectual exchange which all parties can only profit from.

HUSSE is a member association of the European Society for the Study of English (ESSE).”

This colloquium was the third in a series of annual colloquia organized by the University of Belgrade and the Institution of General Humanities from the Faculty of Humanities and Social Sciences at Károli Gáspár University of the Reformed Church in Hungary.

The focus of the series is the legacy of the great philosopher and theologian Saint Maximus the Confessor (580–662). This year’s Colloquium was dealing with Maximus’ Capita de caritate, one of the most beautiful and profound works of the Byzantine theologian.

The chief patron was Bishop Zoltán Balog, pastor of the Hungarian Reformed Church Synod. There were 12 seminars about Saint Maximus’ book during the two days conference. The program can be downloaded here.